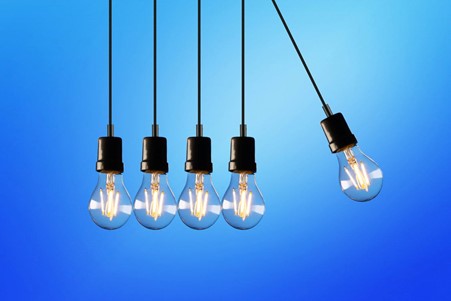 In the past few weeks, Britain’s energy sector has come under immense strain caused by a multitude of mitigating factors, impacting everything from home energy supplies to large scale industry.

In this blog, we’ll be exploring the factors that have caused the energy strain and how it may take shape over the coming months.

China’s need for energy has always been a big influence on the global energy market. This year the post-Covid recovery has collided with an increased demand throughout the rest of Asia and in Europe too.

Although, economies are beginning to recover from the aftermath of the pandemic, this increase in energy requirement has come as countries throughout the northern hemisphere are managing a gas supply depletion after experiencing an especially cold winter last year.

Add this to the fact that gas prices in Britain have quadrupled over the past twelve months up to 180 pence per therm from 40p/th at the same time in 2020.

The global shortage of available gas is a particular issue for Britain, given that around half of the electricity used in the UK is made by burning fossil fuel in gas-fired power plants.

While the UK is heavily reliant on gas for home heating and cooking, as well as heavy industry operations, the UK props up the list of countries in Europe that have the capability to store gas, which leaves the market completely exposed in the event of supply issues.

It’s thought that less than 1% of the stored gas in Europe is held within the UK.

This has led to a temporary reliance on coal power stations, forcing the government to pump millions into trying to top up power supplies.

As gas supplies continue to supply China with energy, pipeline gas from Russia to greater Europe has proved to be unable to cover the shortfall.

In mid-September gas prices in Europe increased by a further 10% as Russia’s Gazprom – the state-backed gas company – declined requests to increase gas exports into the European bloc – despite prices reaching record highs.

Although Gazprom has technically sent enough gas to meet the terms of their contract, it has faced backlash for seemingly backing away from the enormous deficit currently facing the rest of Europe.

There are now calls for the European Commission to examine whether Gazprom’s behaviour is intended to keep market prices at record highs, as well as keeping the pressure on regulatory bodies to approve the contentious plans to build the Nord Stream 2 pipeline.

The UK has already seen many independent energy suppliers go under in the past few weeks, with more unfortunately expected to follow.

This means that millions of households will now be assigned to a new, and undoubtably more expensive energy supplier.

The UK’s energy price cap specifies a maximum of two energy price rises within twelve months based on the varying costs of energy supplies. There is a 12% hike coming at the beginning of October and this is likely to rise again in April 2022. These increases though, have come far too late for many smaller firms, which simply don’t have the capital available to absorb the costs until the next cap increase.

Many of these smaller suppliers entered the market back in 2014, after the regulator eased barriers to entry to create more competition for the traditional big six firms, and meant that the market increased to about seventy suppliers at the beginning of 2020.

There is expected to be less than half a dozen left standing by Spring.

The fallout from the energy deficit will not remain solely in the realm of rising energy bills and suppliers struggling to stay afloat. Steelmakers, chemical refineries, and manufacturing companies will all be exposed to the impact of these issues. In fact, many are already feeling financial ramifications of price rises.

UK Steel, the association for the steel industry, has already cautioned that steelmakers will be downing tools during times of peak power demand to avoid the increasing costs. The same applies to several large fertiliser producers, two of which located in Teesside and Cheshire have taken the decision to close for winter, and another in Hull has reduced production output by 40% due to the increasing gas prices.

Of course, this will then bleed across into agriculture, meat production and the foods and drinks market, since one of the by-products created by fertiliser factories is carbon dioxide which is utilised in the production of fizzy drinks and the dry ice used to preserve food in transit.

The government is now facing calls to appropriately manage the energy crisis that has the real potential to destabilise the UK’s post-pandemic economic recovery.

It’s unlikely the UK will run out of energy completely, but running out of affordable energy could present dire consequences.